Music fans and others who love outdoor events in Wisconsin, we’re thrilled to once again host the 9th Annual Rush River Folk Festival at Vino in the Valley. We have made some great memories over the past 8 years, and this year’s event won’t disappoint. Taking place on Saturday, September 3, 2022, check out this lineup!

We enjoy hosting this event each year. As in the past you can count on great food, local and regional wines and craft beer, and some awesome musical vibes! The Rush River Folk Festival is the perfect event to bring summer to a close and kick off the last holiday weekend of the summer season.

There is no cover charge for admission. Families, couples, groups, and new visitors are all welcome to attend the event. You’ll find our facility is easily accessible by car or motorcycle, with plenty of parking.

Now, let us share about the musical talent featured at this year’s event… 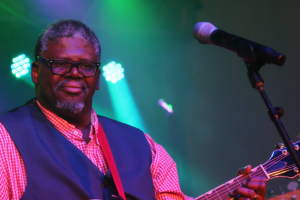 The headlining musical act is Davey J (David Jones), the founder of the Rush River Folk Festival. Davey J is known around the Chippewa Valley and beyond for his creative projects as a musician, songwriter, and music scholar. Davey J’s ventures include a guitar shop and tiny screening room, Davey J’s Garage, located near the scenic Chippewa River in Eau Claire. Davey J’s accomplished songwriting and stellar musicianship is documented in the six original music CDs he has recorded and released: most recently, the Last Honest Man (2021), along with the hit CD Chippewa Love (2015). Davey J’s versatility and smooth, passionate delivery across the genres of folk, blues, rock, and reggae is on display at every performance, driven by his signature rhythmic style of acoustic-electric guitar and a highly expressive vocal style. 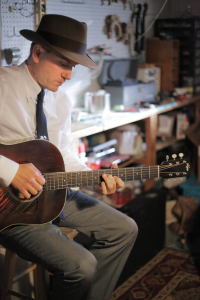 Lonesome Dan Kase opens at the Rush River Folk Festival with his virtuoso performances of classic and original acoustic blues. As a teenager growing up in rural southern Michigan, Lonesome Dan Kase happened upon a radio show called the “Blues Cruise,” broadcast out on Ann Arbor. Although he had picked up the guitar a year or so before, when he began hearing artists like Reverend Gary Davis and Robert Johnson, he quickly became hooked on the country blues. Like many of the blues musicians from the early 1900’s that are his biggest influences, Lonesome Dan developed his musical art traveling around the country busking on street corners. After spending time in California and New Mexico, Lonesome Dan ended up in Denver, Colorado. In 2001, Lonesome Dan moved to Minneapolis, Minnesota and immediately began playing shows as a solo act. Within a year, he formed a band called the Crush Collision Trio, and since then, Lonesome Dan has become a fixture in the thriving Twin Cities blues scene, with guitar technique that is influenced by boogie-woogie and blues piano, classic folk and ragtime piano, and blues guitarists from the Mississippi to Chicago. 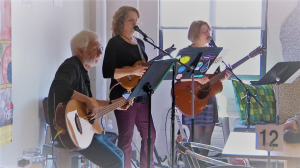 At 3 pm, Garden Party will take the stage in their first appearance at Rush River. They are a trio who originally met as players in the Ukelele Club of Eau Claire, finding that their musical ties went deep. The members include Tom Lockhart on bass, Teresa Jolivette on ukulele, and Marjorie Cramer on guitar, with sweet harmonies blending with their tasteful acoustic sound. Folk, pop, and Americana are some of the genres you will hear in performances by this warm and polished acoustic combo. 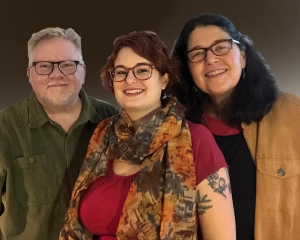 The 9th annual Rush River Folk Festival will provide an awesome day of music, food, and friends. Plan to join us Saturday, September 3, from noon to dusk, for a Wisconsin outdoor festival experience to be treasured.

Celebrate Mother’s Day at Vino in the Valley