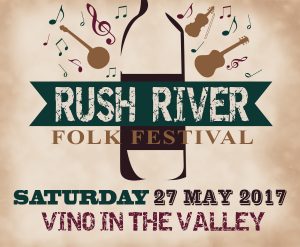 It’s quickly becoming a springtime tradition for folk, blues and bluegrass music lovers from around the region. This year’s Rush River Folk Festival will take place at Vino in the Valley on Saturday, May 27 (Memorial Day Weekend). The event features over seven hours of live music from top regional artists, and admission is free!

This is our 4th annual event and our way of welcoming the warm days of summer to our valley. We kick off the music at 1 pm and don’t stop until the sun sets. With the beautiful valley views as their backdrop, musicians offering a grand mix of sounds and styles of folk music serenade our guests all day long while they enjoy wine, beer and our Italian fare (our pavilion will open at noon this day for lunch). Wagon rides around the vineyard and lawn games pass the time between music sets. As the sun falls behind the bluffs and the cooler evening temps roll in, roaring bonfires take the chill off the air.

This year’s music lineup includes several talented performers who are making their first appearance at the festival.

This year’s headlining artist is Chastity Brown, an internationally touring folk artist with roots in Minneapolis, but a sound with many regional influences. A multi-talented musician who has performed on saxophone and drums as well as guitar and vocals, Chastity comes to Rush River after stops in New York City, Arlington, VA, and Philadelphia. In 2016, she toured with folk icon Ani DiFranco, and she has recently been featured on National Public Radio’s “Favorite Sessions” and on American Songwriter. Her newest recording, Silhouette of Sirens, is soon to be released on the standout Twin Cities label, Red House Records. Chastity’s musically imaginative and socially inspired style of folk music is sure to provide a memorable performance.

We are also thrilled to have Jerrika Mighelle joining us this year on the Rush River stage. Jerrika is well-known in the region for her performances with Quinn Elizabeth, a sister-folk combo that has made many musical contributions to the Chippewa Valley folk scene. Jerrika’s set at Rush River will include songs from her debut solo CD, Like The Sea, released in 2017. Over the past year and half, Jerrika has perfected her songs at local live shows and open mic appearances as she explores themes of self-discovery, professional transition, personal tragedy, and the guiding lights that can lead us further on our journeys. 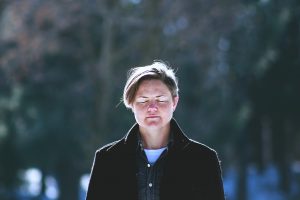 Of course, the festival would not be complete without a set by Davey J and Jen Hazen. Davey J is the one who first approached us with the idea for a festival and the one who selects and organizes all the amazing musical acts. Davey J is a scholar (a professor at UW-Eau Claire) and a prolific musician and songwriter whose style ranges from roots to rock, blues, and jazz-influenced pop, delivered with a signature guitar and vocal style. Davey J is well-known for his many performances over two decades as bandleader, guitarist, and vocalist for Davey J and the Jones Tones, and his more recent combo, Davey J and Friends. He has produced five CDs of original music and plans to produce his sixth in 2018. The title track for his most recent CD, Chippewa Love, can be heard frequently on Blugold Radio, 99.9 FM, in the Eau Claire area. Vocalist Jen Hazen has been a steady musical partner with Davey over the last few years, along with her performances with Jenny and the Jets, who are known for their live band karaoke shows that have incredible musical variety. Jen is working on a new CD that is tentatively titled 100% Locally Grown, which is a musical collaboration with Chippewa Valley songwriters such as Catya, Greg Gilbertson, Sue Orfield, and Davey J. Jen Hazen’s power and versatility as a vocalist will be on display as she performs a range of music by Chippewa Valley artists, in addition to several other styles. 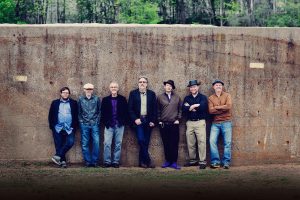 Yes, a full seven hours of live outdoor music will be the perfect way to start the long Memorial Day weekend. Bring your lawn chairs or blanket and settle in for an afternoon of music, wine and food. Again, there’s no admission charge; just come and savor the amazing sounds and a glass of wine or a beer on the edge of the beautiful Rush River. If the mood strikes, stay for an Italian dinner under the Pavilion, or order a brick oven pizza to-go and enjoy it on the grounds. Heck, make a weekend of it; you’ll find we have some amazing lodging options in the area!

As always, the latest in event updates and announcements can be found on our Facebook page.